Party wall matters can attract legal attention if they cannot deal with proper care. Due to the importance of issues all around the UK, an act was approved in 1996 to deal with it using an appropriate and pre-defined framework. This act is claimed as Party Wall Act 1996.

The Party wall act address all the legal action to preserve the right of both parties at the time of any construction project that involves the party wall or party structure. Using the Party Wall Act, any party legally can cause trouble for others if they do not want to offer consent regarding the construction project.

To resolve the matter at hand, the party wall surveyor put their offer to build a mutual bridge between both parties.

Can A Neighbour Use Party Wall Act To Delay Work?

The Party wall act grants the legal right to both parties that hold a party wall or structure. While it grants a framework to go for the rightful procedure to save property from any constructional damage, some people, unfortunately, use it to bring problems for those who want to start their construction project.

Adjoining owners can delay the project to some extent, but if you have a competent party wall surveyor by your side, it could not add up to your cost as the building owner. To avoid the delay for a dragged period of time, it is essential to have your steps with great precision.

How To Avoid The Delay

Although you cannot dodge the inevitable delay in the project if your neighbour is not comfortable with your construction project, you can still do your homework to lessen the uncertainty.

Your initial paperwork must be drafted correctly and with great precision. If you can have an informal chat session with your neighbour to acknowledge them about the project, you can get an idea of how tough the cookie can be. Based on your keen assumption, if you’re sure that the adjoining owner is willing to create a hurdle in your project, it is imperative to have a professional and well-experienced party wall surveyor by your side from the start.

A professional and competent party wall surveyor can help you draft a party wall notice by carefully checking and getting proof of postage. Make sure to complete the appointment of surveyors, and the Third Party Wall Surveyor should be completed in writing. It is a critical aspect; if failed to avoid any invalid initial paperwork, you might have to start it all over again at a later stage.

The party wall award is the final step in resolving the dispute regarding party wall matters. The party wall award served according to section 10 of the Party Wall Act 1996 exclaims the type of work to be carried on, the impact on the adjoining property, and who is responsible for paying the surveyor fee.

Party wall issues can be complex depending on the preferences of your adjoining party wall owner. An experienced and competent party wall surveyor can help you solve the matter easily. You can divert the matter towards your side by taking your legal steps with great precision. 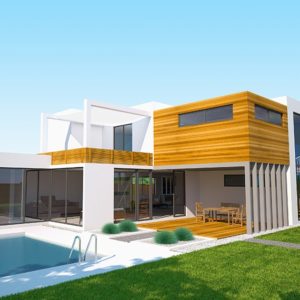